The Lagos State Government has commenced the automation of the Ministry of Physical Planning and Urban Development, especially its stage certification, monitoring and urban renewal processes.

Commissioner for Physical Planning and Urban Development, Dr. Idris Salako made known in Alausa at the weekend, when the received proposals from experts on the initiatives.

Dr. Salako said that the proposal for the digitization of critical activities of the ministry was intended to facilitate real-time monitoring of the built environment for infractions and rely on technology to detect illegal developments and monitor developments with approvals for stage certification, deploying GIS technology and data for slum upgrading.

He said the proposals were welcome as preliminary steps towards aligning the activities of the ministry with international best practices.

The commissioner added that the initiative was expected to yield many positive results, including improving the ease of doing business rating of Lagos State,  eliminating red tape and bottlenecks, detection of contraventions through change detection and enhancing revenue generation.

“Overall, this initiative will help increase performance and enhance the orderliness and sustainability of the environment by reducing human elements and promoting digital monitoring of physical development in the State,” he said.

The ministry has received proposals to apply Geo Satellite images and data for monitoring and tracking developments in the built environment and to collaborate with idea map and other development agencies to employ GIS technology in the identification and mapping of slum settlements in the State as well as upgrading of the blighted areas to assist the regeneration efforts of the State Government in line with the THEMES agenda.

The Commissioner for Housing, Lagos State, Gbolahan Lawal, says the government has made it mandatory for facility managers to be engaged for the management of all existing and new state-owned housing estates. Lawal made this known at a ceremony to hand over keys to 150 allottees under the Lagos State Government Rent-to-Own initiative. He said […]

The Nigerian Senate on Tuesday made history with the passage of the repeal and re-enactment of the Companies and Allied Matters Act (CAMA). The repeal is the biggest business reform bill in Nigeria in over 28 years. The act was modified after a clause-by-clause consideration and a voice vote on the report of the Committee […]

The Most Inspiring Interior Design Of 2016

Lagos State Government has said that it will deliver 14,187 housing units across the state in the next two years through joint venture partnership.The Commissioner for Housing, Mr. Gbolahan Lawal, stated this at the ongoing 2018 ministerial press briefing to mark the third anniversary of Governor Akinwunmi Ambode’s administration.He said by this initiative, the state […] 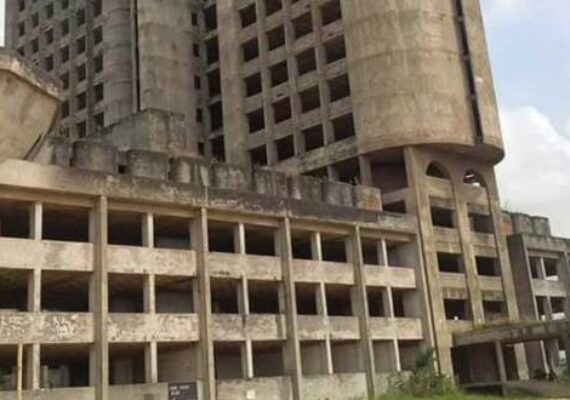 Abandoned FG properties across the nation valued at N230bn – Reps

The Chairman of the committee, Ademorin Kuye, said this on Tuesday at the committee’s inauguration in Abuja. “The figure is a conservative estimation carried out by the Nigerian Society of Engineers (NSE) on the abandoned properties located in Lagos, Ibadan, Enugu, Port Harcourt, Kano, Kaduna and other cities,” he said. He recalled that on March […]

LCCI urges FG to hand over abandoned property to LASG

The Lagos Chamber of Commerce and Industry (LCCI) has urged the Federal Government to transfer its abandoned property in Lagos to the state government or lease them to the private sector. The President of LCCI, Mr Babatunde Ruwase, made the plea in an interview in Lagos on Monday. Ruwase noted that several properties belonging to […]

Babatunde Ruwase, president of the Lagos Chamber of Commerce and Industry (LCCI), has advised firms to look beyond the limitations created by the present economic situation and see opportunities for growth and inventions. Ruwase stated this during the induction of 105 new companies in Lagos last Wednesday, with a promise to provide the needed platforms […]